Up with Down’s learners and friends are trying to keep up with Roche. They have completed 45km and will keep swimming! The Bigger Than Us Orange River swim  is an initiative to create awareness and raise funds, to help people with special needs reach their full potential and provide support to the parents and families. All proceeds go to the Up with Down’s Adult Home Fund. To learn how you can help, visit: Orange River Swim.

Roché Schoeman is fast becoming a legend and a hero in many eyes. Especially those of the children at Up with Down’s school in Blanco for whom he has taken on the mammoth task of swimming the Orange River from source to sea.

Last Monday, 17 February, Roché finally reached the Gariep Dam were he met up with some of the children and teachers from the school. “They really spoilt me! It was such a treat to eat fresh fruit and vegetables, not even to mention the braai,” Roché said.

Although his trip has gone reasonably well, it hasn’t all been smooth sailing for this brave adventurer. Two weeks ago his river board broke and he had to patch it up with what he could lay his hands on. After failing to plastic-weld his board together with melted plastic at his campsite fire, he taped the board with duck tape and made his way to the Gariep Dam where he met up with the kids from Up with Down’s. “If you can’t duck it, chuck it,” he said, laughing. He only received his new board last Friday after a communication gap caused the courier company to deliver it to Cape Town.

“I’m relieved that my new board has finally arrived. The Dam is behind me and I can look forward to the river again,” he said. “I still have a long way to go and don’t want to start celebrating yet.”

Roché has travelled approximately 140km in 11 days and has passed the 900km mark. He hopes to reach the 1 000km mark within the next two weeks. (Source: Eden Express)

GEORGE NEWS FLASH – Roche Schoeman, Georgian adventurer who set out a month ago on a one-man expedition of swimming the Orange River from source to sea, arrived at the border between Lesotho and South Africa just over a week ago.

On Tuesday when the paper went to press, he was at the start of the Gariep Dam…read more in the George Herald.

This is an initiative to create awareness and raise funds, to help people with special needs reach their full potential and provide support to the parents and families. All proceeds go to the Up with Down’s Adult Home Fund. To learn how you can help, visit: Orange River Swim Fund

Eden Express: George ER24 medic and former Outeniqua High School learner, Roché Schoeman, took to the Orange River on the 13th of January to realize his life-long dream of swimming the river from its source to the sea. This is a total distance of 2 400km and he is making good progress.

He told Eden Express that he is further than he expected to be and that he is happy with the distance that he’s covered so far.

“I expected to catch a lot of high water which was not the case in the beginning of the trip. There is definitely above-average water flow as it has been raining a lot.

Read more in the Eden Express.

This is an initiative to create awareness and raise funds, to help people with special needs reach their full potential and provide support to the parents and families. All proceeds go to the Up with Down’s Adult Home Fund. To learn how you can help, visit: Orange River Swim

Singer\Songwriter Michael Lindt visited Up with Downs on Market Day 2013 and gave the learners some pointers for their concert. Thanks Michael!!!!

The rain stayed away for the whole morning, however Plan B had been implemented just in case. The Hostel and the Workshop were beautifully decorated with all the amazing crafts, woodwork and baked goodies that the learners had made over the year. A wonderful turnout from the George Community just made the day perfect. A big thank you to everyone who supported us, we are now looking forward to next year’s!

Up with Downs School held their annual Golf Day at Oubaai. It was an amazing day, wonderful weather and stunning views. The adults had baked cheese rolls for all the players at the 16th hole. We had great feedback from the players, this Golf Day was definitely a “hole in one”. Thank you to all the players, Oubaai Golf Club,  those that sponsored the event and especially those that worked behind the scenes to make it such a well organized and awesome day!

The Annual Up with Down’s Wine Auction was another huge success! The theme was “Once in a Blue Moon”. Nearly 200 guests enjoyed the evening at Fancourt which was filled with lively bidding, wonderful food, and great conversations around the tables. Most importantly the evening provided financial support for Up with Down’s. 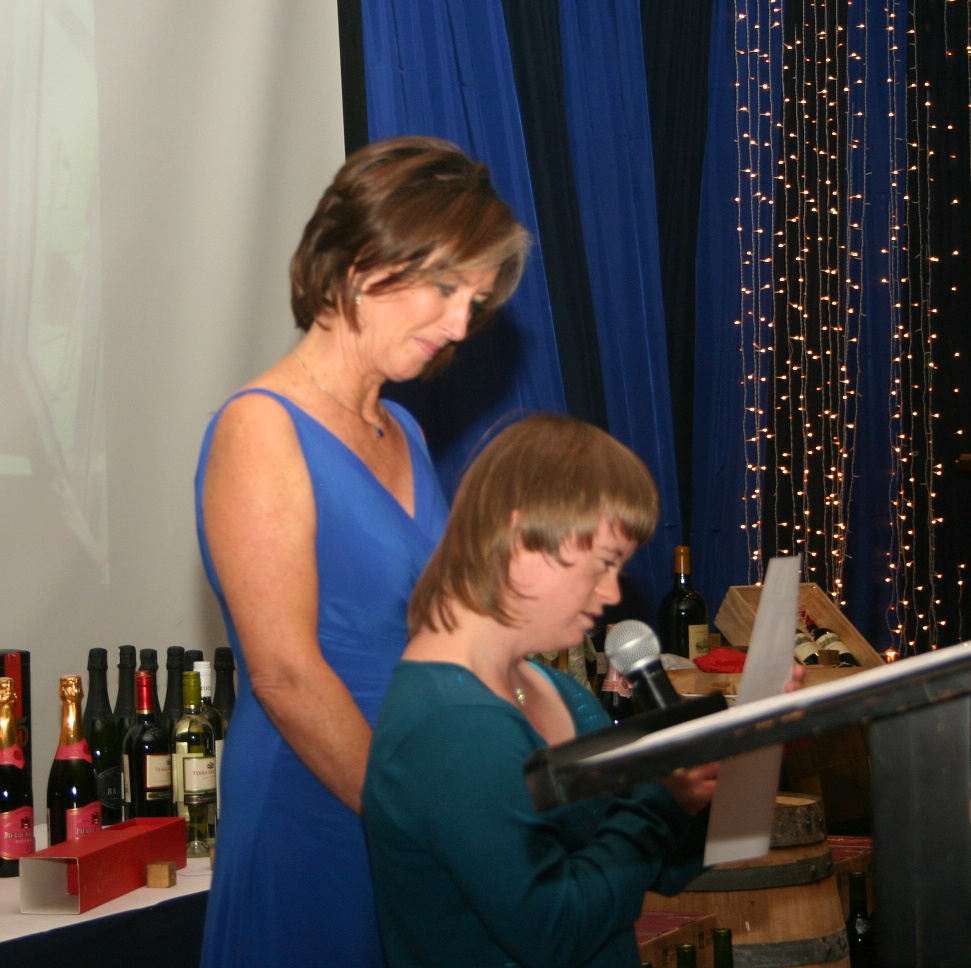 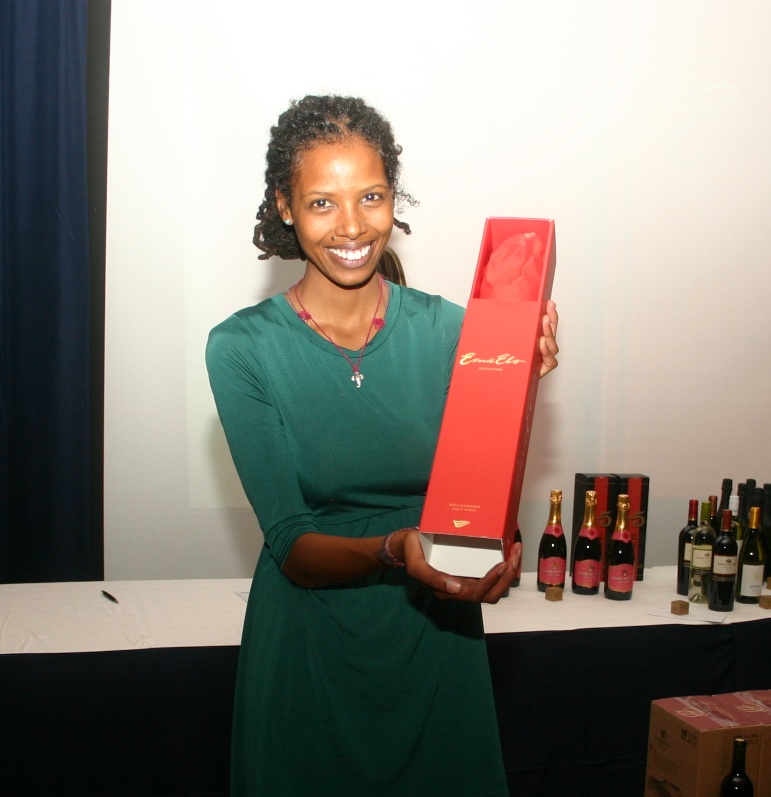 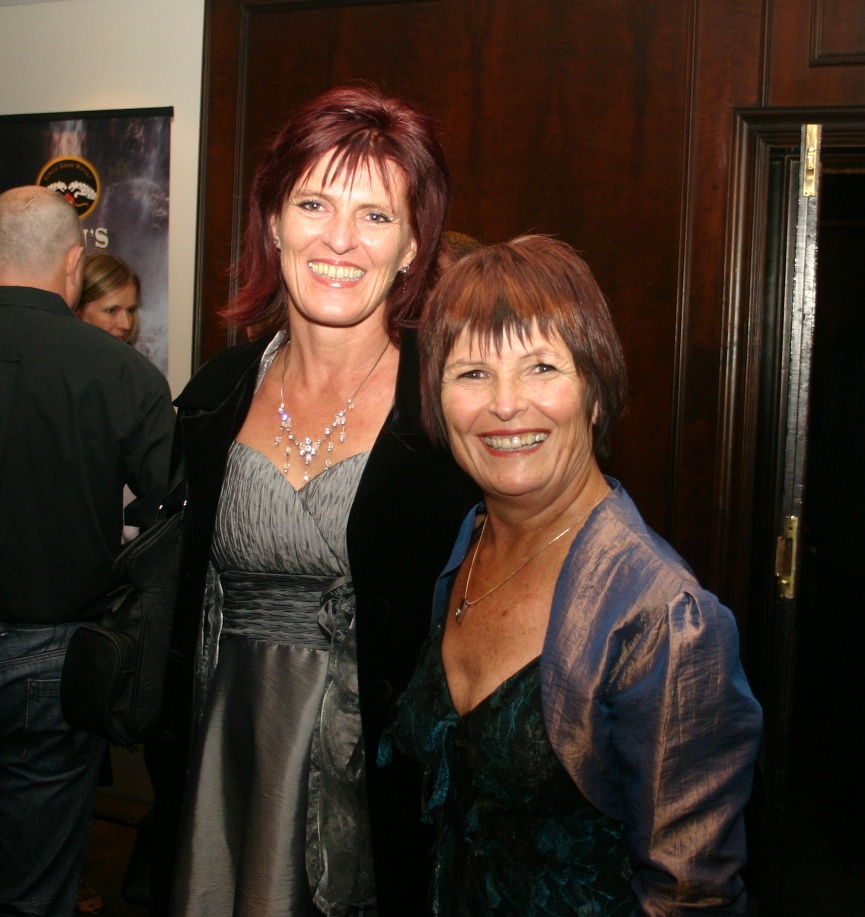